Are You Experiencing Delayed Concussion Symptoms? 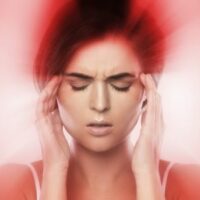 Concussions are one of the most common injuries sustained by car accident victims, regardless of the type of collision in which they were involved. Unfortunately, concussion symptoms don’t always show up immediately, which can falsely lead victims to believe that they escaped their accident injury-free. This is why going to the doctor as soon as possible after an accident is a good idea, as a medical professional may see the signs of a head injury before the person starts experiencing symptoms. To learn more about delayed concussions symptoms and how they could affect your accident-related compensation, reach out to our dedicated Tulsa auto accident lawyers today.

The brain is cushioned inside the skull by a layer of cerebrospinal fluid. This fluid helps to protect the brain from striking the inside of the skull upon suffering a blunt force impact and also slows down its motion. Even these protections can, however, be overwhelmed if:

In these cases, the skull and the cerebrospinal fluid may simply not be enough to protect an accident victim’s brain from injury. Concussion victims could experience the rupturing of blood vessels, which in turn, deprives the brain cells of oxygen. Without oxygen, these cells can be damaged or even die, a problem only exacerbated by the triggering of the body’s immune system, which will cause the blood flowing in ruptured vessels to coagulate. This can result in inflammation in the brain, putting further pressure on damaged tissue.

The Symptoms of a Concussion

When damaged, the cells in the brain will stop carrying signals, or could send the wrong signals to the rest of the body. The initial pressure on the brain that so often accompanies concussions will also cause problems, manifesting as:

The damage sustained by a concussed brain can, however, take time to develop, which means that some symptoms will only develop after a few hours, or even days have passed. This is known as a delayed concussion, the symptoms for which fall under three categories.

A delayed concussion can affect the way that a brain processes or collects information, resulting in cognitive dysfunction, such as disorientation, difficulty concentrating, and memory loss. Victims may also experience physical symptoms, as the brain struggles with controlling the motor and sensory systems, such as sensitivity to light and sound, nausea, vomiting, fatigue, and a loss of dexterity. Headache and a feeling of pressure in the head often persist with the onset of other symptoms. The brain also processes emotional information, so a concussion can lead to changes in how a person feels or expresses those emotions. Delayed symptoms include irritability, depression, anxiety, sleep disorders, and emotional outbursts.

Reach Out to Our Legal Team

If you suffered a delayed concussion after a car accident, you could be facing unique problems when attempting to prove fault for your crash. To learn more, please call 918-492-4433 and set up a meeting with one of the experienced Tulsa car accident lawyers at Levinson Law, P.C. today.

By Levinson Law, P.C. | Posted on May 27, 2022
« I Was Driving A Rental Car At The Time Of My Accident – What Does That Mean For My Claim?
Liability For Pothole Accidents In Oklahoma »