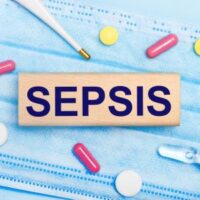 Sepsis is the body’s response to infection, which, when left untreated, can cause organ damage and even death. Sepsis is always dangerous, but is especially life-threatening in nursing homes, where most residents are elderly and have compromised immune systems. While the prompt diagnosis and treatment of infections can help prevent sepsis, many nursing homes fail to take the necessary precautions, leaving residents at risk of serious injury or death.

Nursing homes that fail to protect residents can and should be held liable for the injuries they cause, so if your own loved one was injured or became ill due to a nursing home’s negligence, you should consider contacting an experienced Tulsa nursing home sepsis and infections lawyer to learn more about your legal options.

Septicemia, which is referred to more often as sepsis, is a type of blood poisoning that is caused by a bacterial infection. Sepsis typically occurs when an infection triggers a chain reaction in the body, in which blood flow to the organs becomes more and more constricted. If left unaddressed, sepsis can lead to organ failure, tissue damage, and eventually, death. Although in most cases, sepsis starts as a bacterial infection, it can be caused by just about any type of common infection, especially those that affect certain areas, including:

Sepsis isn’t contagious, but many of the infections that cause sepsis can be, making it especially important for nursing homes to institute strict infection control procedures to avoid spreading the bacteria or virus to other residents.

Nursing home residents are often at a higher risk of suffering from sepsis due to:

Since sepsis is often treatable when caught early enough, severe cases can indicate at least some form of nursing home neglect, such as:

Besides taking proper infection prevention measures, sepsis in nursing homes can be avoided by carefully monitoring residents for symptoms, isolating those who do show signs of infection, and beginning treatment immediately.

Call Today for an Evaluation of Your Case

If your own loved one suffered from sepsis while residing in a nursing home and you believe that the infection could have been prevented, please reach out to our dedicated nursing home sepsis and infections lawyers at Levinson Law, P.C. by calling 918-492-4433 today.

By Levinson Law, P.C. | Posted on July 23, 2021
« Bedrail Injuries In Nursing Homes
Is Your Elderly Loved One Suffering From Dehydration? »