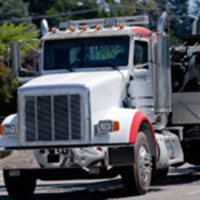 Because commercial vehicles are so much heavier than standard-sized passenger cars, stopping them typically requires a lot more time and distance. To help with this process, semi-trucks are equipped with brakes on both the cab and trailer portions of the vehicle. If the brakes on either portion of the truck fail for some reason, the consequences can be devastating, resulting in a runaway trailer accident.

A runaway trailer accident occurs when the driver of a commercial vehicle loses control of the trailer. This can happen in a few different ways, but often involves the trailer actually separating entirely from the cab due to:

Whatever the case, once a trailer has separated from the cab, there is no way to stop it. The trailer could end up picking up speed and crashing into anything in its path, or could slow down, coming to a stop in the middle of a roadway. In some cases, runaway trailers can even roll backwards if they become separated at the top of the hill.

Runaway Trailers Can Cause Jackknife Accidents

Another way that a runaway trailer accident can occur is if the brakes on the trailer portion of the truck fail. This is a very real risk with full-size semi-trucks, whose brakes see a lot more wear and tear than standard vehicles. The failure of trailer brakes can cause a jackknife accident, especially when the trailer is long, the roads are wet or icy, or the truck is traveling around a tight curve. A jackknifing trailer can cause the driver to lose control of the truck itself and can result in the blocking of several lanes of traffic. Even if a trailer doesn’t jackknife, its momentum can push it into the cab of the truck, causing the driver to lose control. To help combat this problem, many interstate highways have ramps off to the side, which can provide truck drivers a place to direct their vehicles until they slow down.

The types of injuries that a person sustains in a runaway trailer accident will depend largely on how the accident occurred. If a trailer’s brakes failed, for instance, and it plows into the back of the cab, that cab could be pushed into the vehicle in front of it, causing a rear-end collision. This could lead to serious neck and spinal cord injuries in the occupant of the vehicle that was struck. A trailer that comes loose, on the other hand, and strikes or is hit by another vehicle, is more likely to cause blunt force impact injuries, like head trauma, crushed and broken bones, and organ damage.

Helping Protect Your Rights After a Tulsa Truck Accident

At Levinson Law, P.C., we are dedicated to helping injured car accident victims recover the compensation they deserve. If you were hurt in a runaway truck accident, you could be entitled to damages. For a free consultation, call our dedicated Tulsa truck accident lawyers at 918-492-4433 today.

By Levinson Law, P.C. | Posted on August 19, 2022
« Were You Injured In A Truck Accident Caused By A Tire Blowout?
Tulsa Jackknife Truck Accident Lawyers »