Speeding Is A Factor In Almost 30 Percent Of Fatal Accidents 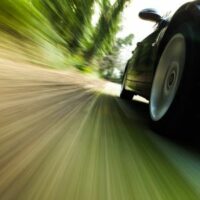 Speeding is more than just a poor driving habit, but can actually be a very dangerous activity. In fact, the National Highway Traffic Safety Administration (NHTSA) estimates that over the last two decades, speeding played a role in as many as one-third of all car accident fatalities. In 2020 alone, speeding was a contributing factor in 29 percent of traffic deaths.

Most of us have been annoyed at some time or another by a speed limit that feels too slow. The reality, however, is that a lot of considerations go into determining speed limits, which represent the fastest a vehicle can travel in optimal conditions. For instance, speed limits are based on:

When drivers ignore speed limits, they create serious dangers, not only for themselves, but for anyone else on the road.

The Consequences of Speeding

Exceeding the speed limit is more than just a traffic violation, but can come with far ranging consequences, including:

These factors mean that speeding not only increases accident risk, but also makes it much more likely that a person who is involved in such an accident, will sustain a catastrophic and even fatal injury.

While obeying the speed limit can go a long way towards preventing car accidents, many people continue to speed. Taking the following steps can, however, help you avoid speeding:

Unfortunately, even drivers who use the utmost care in attempting to avoid speeding, could still end up involved in an accident with a driver who was not as careful. To lower your chances of being involved in a collision with a speeding driver, consider allowing speeding drivers to move around and pass you (i.e. don’t try to block speeding drivers) and make sure to give everyone plenty of room to share the road.

Call Today for Help Seeking Compensation After Your Car Accident

If, despite your best efforts, you were involved in an accident caused by speeding, you could be entitled to compensation for your medical bills, vehicle damage, and lost wages. Contact the dedicated Tulsa car accident lawyers at Levinson Law, P.C. for an assessment of your own legal options.